BCH drops below crucial support, here’s how much farther it can fall

Bitcoin Cash has not looked particularly strong in the past two months. Since November, the price has been in a bearish trend and had some support at the $416 level. That level was decisively lost earlier this month, which signaled buyer exhaustion. This drop could see Bitcoin Cash register more losses in the coming days, as the next significant level of support was much further south. Sometimes, Bitcoin Cash could see some strength from buyers in the event that Bitcoin sees a strong move upward. However, that has not yet materialized.

In early December, there was a strong sell-off in early December which saw BCH wick down as far south as $344. Following this event, on the daily charts, a candle has not closed below the $415 level until early January, when another, smaller sell-off was seen.

Technically, a drop below such a significant level meant that BCH was likely to drop even further in search of demand. Price always seeks liquidity, and for Bitcoin Cash that liquidity could likely only be seen further south. As noted, the $326 and $217 have been significant levels of support for BCH.

The downtrend of the past couple of months has not yet been halted, hence the mindset of a trader should be to sell the bounce. 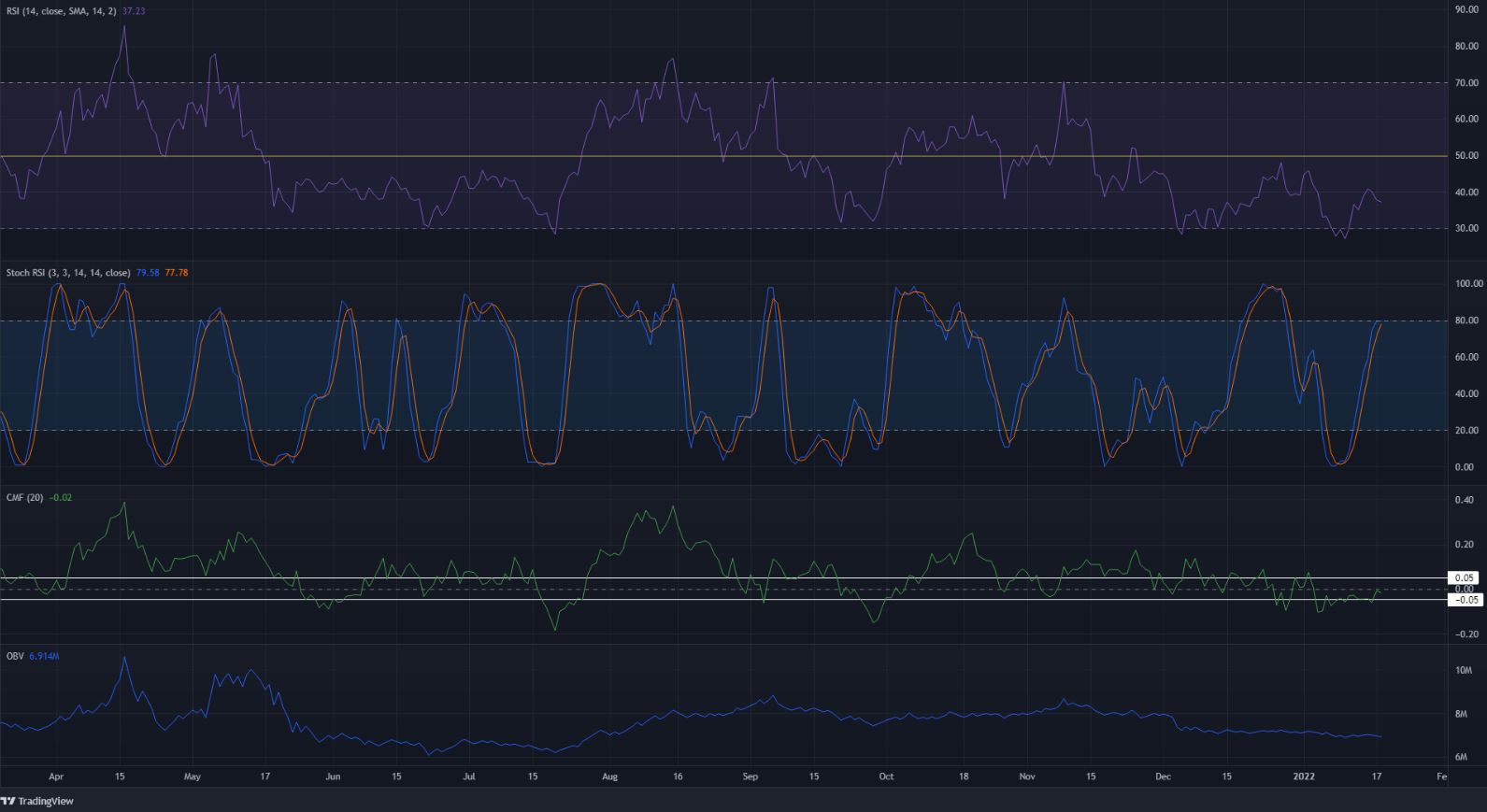 The RSI has stayed below neutral 50 for most of the past two months, a sign of a bearish trend. Even though the price bounced weakly from the $350 area, the RSI climbed back to 40 and the Stochastic RSI has also reset. This indicated that BCH was in for another leg downward.

The OBV confirmed the bearish trend for BCH in recent weeks. Although the CMF was not decisive, it has tended to dip below -0.05.

Taken together, the indicators showed the bearish trend has not yet reversed. The price has slipped below the level of support that has held since June. Further south, it could find some support at $350 and $326. Unless the price can set equal or higher lows and break a local lower high on the chart (BCH would have to climb back above $450 from here, for instance) the downtrend would remain unbroken.