Litecoin [LTC] investors must know that chances of capitulation are…

Litecoin [LTC] investors are still uncertain about their fate especially after starting their week on a low, courtesy of last week’s bearish performance. This is despite a bit of recovery but LTC’s short-term fate is still up in the air.

Litecoin’s pullback of last week triggered a retest of its ascending support line. The latter is part of the cryptocurrency’s price channel for the last eight weeks. It has already retested the same support multiple times in the past, but this time it is showing signs of weakness.

LTC managed to push below the support line at the peak of its crash on 19 August. It has since then, managed to trade along the same line, but the price has notably lost its strength and ability to stay above the line.

Is weaker support a sign of things to come?

Litecoin’s press time price level ($55) suggested that investors are unsure of the next move. For example, addresses holding more than one million tokens retained stable balances in the last 24 hours. This confirms that they are waiting to see where the market will lean, before making the next move.

Meanwhile, addresses holding between 1,000 and 100,000 LTC registered some outflows in the last two days. This same category of addresses quickly accumulated at the recent bottom before cashing out some profits.

Although LTC has not managed to bounce off the support level, it registered a significant increase in on-chain volume since 21 August.

This might be a sign that the retail market has been accumulating heavily at the support line. However, retail traders have the least impact on the market and that would explain the limited upside. They also provide exit liquidity for short-term profiteers.

The support line may have acted as an entry point for new addresses. This would explain why the number of active addresses and new addresses has increased in the last two days.

Furthermore, the lack of significant upside suggests that the addresses are retail buyers with limited purchases, thus the drop in volume. Alternatively, their buying pressure has been neutralized by existing sell pressure at current levels. 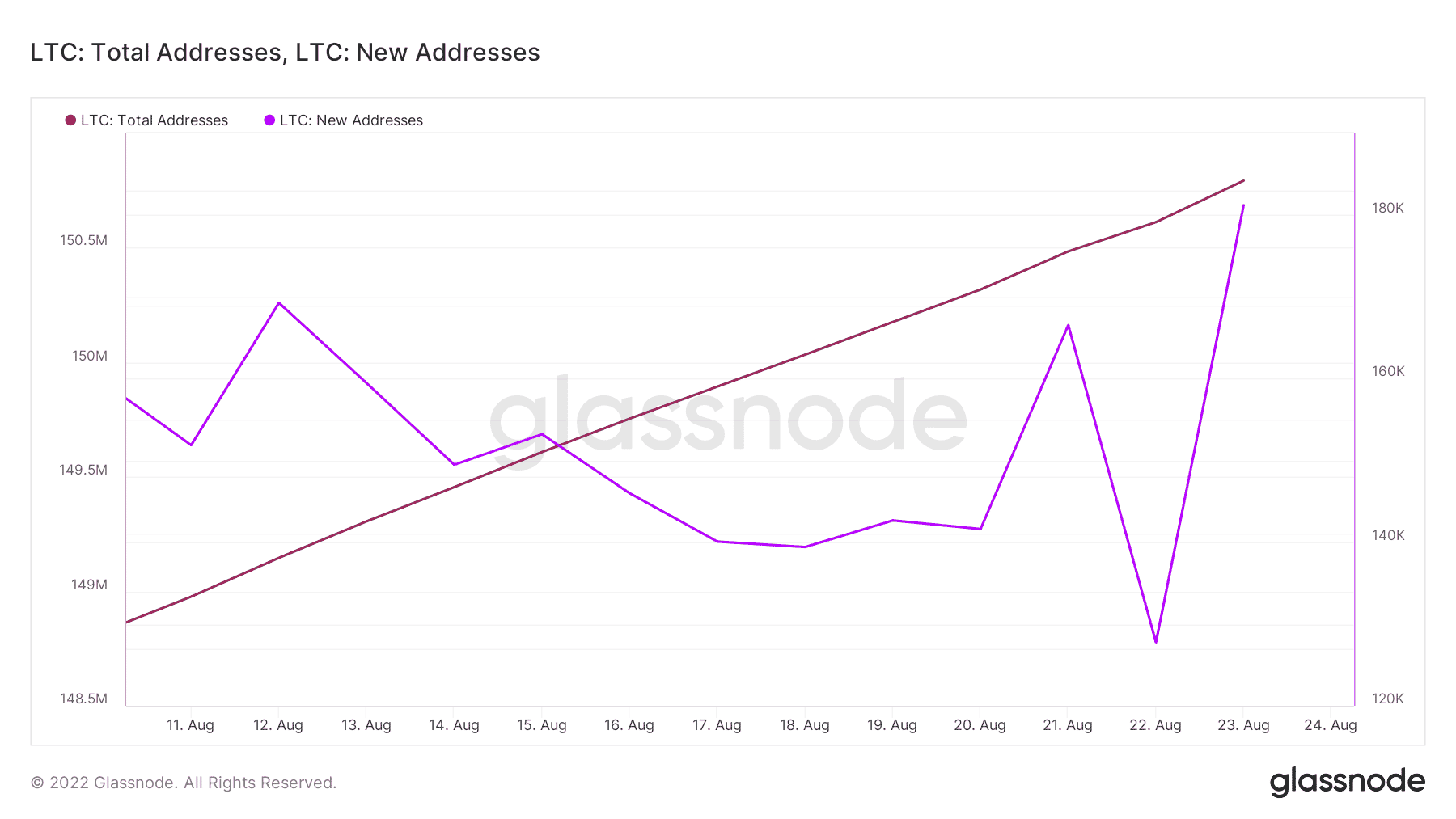 The relative inactivity of some of the top whales and Litecoin’s struggle at its support level align with the need for caution. At this point, the market can still move either way.

The bulls might make a comeback or the bears might continue suppressing the price action. It would thus, be a good idea to wait until the fog clears out.

Bitcoin price finally made a move, and fireworks are sure to follow – Cointelegraph

Bitcoin Whales Accumulating BTC At Current Prices – What Do They Know?

We Explain Why Uniglo.io (GLO) Moves Up 45% In Price Whilst Crypto Like Litecoin (LTC) And Tron (TRX) Remain Stagnant

Surge in crash – MetaCryp emerging as the next Metaverse Coin, while XRP and Litecoin shiver